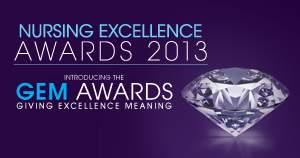 About the UCSF/John A. Hartford Center of Gerontological Nursing Excellence

One of nine founding centers funded by the John A. Hartford Foundation at Schools of Nursing in the United States, the major goal of the Center at the UCSF School of Nursing, Department of Physiological Nursing is to prepare an exceptional cadre of nurse scientists who will provide the critically necessary academic leadership in teaching, research, and practice in geriatric nursing.